Homegirl vs. the Shadow

Homegirl woke up early; Punkboy was snoring snoring next to her and she just didn’t have the patience to keep laying next to him pretending to be sleeping until his tatted fingers started moving all over her, looking for her clit, looking to see if she was wet. Punkboy almost always woke up hard; Homegirl usually liked that about him. She usually went along with the pretend that he was the initiator, the hunter, the predator, that he was the one looking for sex, looking to see if she was ready or, better yet, if he could make her ready.

This morning, tho, she was feeling out of sorts and rolled quietly off her side of the bed. Punkboy snored still and she padded barefoot to her pile of clothing on the floor. Of course, they’d fucked again after coming home from the dive bar. When together she and Punkboy were like two virgin teenagers set loose in a Texas cathouse. Or some other weird simile about sex and virgins and teenagers and Texan whores, but that’s the best I can come up with right now.

Homegirl had to work that night, but Punkboy had off. Maybe that was contributing to her offness. She didn’t know. She put on her miniskirt and her kneehigh boots and her bra and her shirt and couldn’t find her panties, but didn’t care. Punkboy’d take care of them; he’d probably clean and hand them back to her all folded nicely the next time they worked together. Surreptitiously, of course, so no one would know.

She didn’t know if he just pretended to her that none of the boys knew or if he hadn’t told them. She hadn’t told the girls yet cos the last time she’d told one of the café bitches about having something with one of their co-workers, some kind of feeling for him, the bitch’d waited until she took her vacation to Montreal and when she’d come back, the two were a couple and in love and making out in the small back room that served as both supply/mop room and employee changing/time card room. She had to push past them to punch in; what she’d really wanted to do was punch the bitch out cold and suck face with dude over, maybe even on, the passed out body.

Those café bitches were always all around stealing your love.
That may be my insight, tho. It’s already hard to tell.

She’d never inspired that kind of love; she’d never caused a guy to get a new tatt ever.

That she knew. & it probably didn’t count if you didn’t. In fact, I’d like to say it’s hella creepy if you don’t. That’s like pure stalking territory. Not like I’d know.

She grabbed her purse from the doorknob; she didn’t remember leaving it there, but that didn’t bother her.

There were a lot of worse things not to remember.

Homegirl left Punkboy’s bedroom quietly. Punkboy was almost thirty, but he had a roommate, some big shadowy guy who smoked a lot of pot and didn’t hang with any scenes. Punkboy’s roommate gave Homegirl the creeps. She called him Shadow, except to his face. To his face all she said was, Hi, if she had to. She was always always hoping not to run into him on her naked way to the bathroom after she and Punkboy’d fucked for hours.

She knew he listened to them doing it and jerked off. She knew he thought about her cunt and she knew, somehow, he thought of it as glistening.

That really creeped her out. Anyone who daydreamed about a glistening cunt creeped her out. Cunts don’t glisten. They get moist; they get wet; they make inappropriate sucking sounds, they quiver and fasten around cock shafts, they’ve got fucking minds of their own, but they don’t glisten and they don’t sparkle unless you’re a stripper and douched with glitter. Yeah, there were pretty cunts just like there were pretty cocks. Punkboy liked to look at her cunt a lot, so hers must have been a-ight. His cock was nicey-nice to look at, too. He’d sent her a jpeg of it via his cell phone. She’d look at it when she was having a bad day, when Richboy didn’t call, when her two roommates, both guys cos there was no way in hell Homegirl was gonna put up with bitch roommates macking on her mens, were pissing her off, or when she had to work counter at the café.

She hated working counter; she hated being fake nice and usually couldn’t be bothered. Usually she said, Can I help you? & then rang up the order & then said, (whatever the total was), please. All without smiling or inflection.

There’d been a really cute boy that’d starting coming in every night at the café; she and her friends called him Prettyboy. The second week she’d waited on Prettyboy she’d knocked over his pint of coffee on the counter, which was conveniently crotch level on a lot of guys.

She said, Here’s my rag. And tossed him a damp towel to wipe himself down with. At least she knew better than to wipe his crotch down herself. That would have been pure Hollywood bullshit and would’ve freaked Prettyboy out even more.

He was already freaked out; she could tell.

The next night he didn’t even say hi when he ordered his pint and he wouldn’t look her in the eye. She’d decided there went her chances with Prettyboy, which was probably okay, in hindsight, cos who wants to date a guy who’s prettier than them?
That crotch fiasco was only one of the reasons she liked to work kitchen instead. She never had to worry about what people thought about her when she cooked. She could talk the dirty talks or not talk at all. She could be hungover and run to the bathroom and vomit and then come right back and continue making sandwiches like the professional she wanted to be.

Secretly she wasn’t a professional cos her Catholic mother’d instilled in her one mother of a superego. That bitch was always and forever trying to repress her impulses. It’s why she wanted to be a professional but couldn’t; it was one fuck of a never-ending cycle.

Homegirl even felt a little guilty about being creeped out by Shadow. She’d made it to the stairs this morning without seeing him. Shadow and Punkboy rented an entire house instead of a flat like most of the people she knew, herself included; it was a small house, but still, Homegirl kinda wondered how they could afford it.

But she only kinda wondered. She didn’t want to know that much about Shadow.
She was at the bottom of the stairs and then there was Shadow. He was going to walk past her going up it looked like. He was gonna squeeze past her and “accidentally” brush her side, her hip, her breast, some of the places she knew he wanted to molest. He was a big bald guy with neck rolls and as he approached her he seemed to make himself bigger.

Hey, he said as he brushed past her. She smelled onion stank breath; she tried to make herself smaller but she was a tall hippy Midwest thing.


Ryder Collins went looking for love, and it started raining bullets.
Posted by The Meth Lab at 11:44 AM

The world is full of bastards. 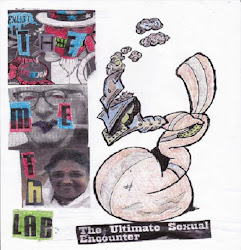 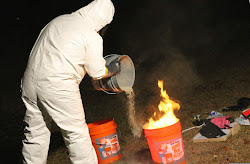 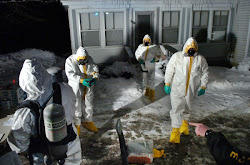 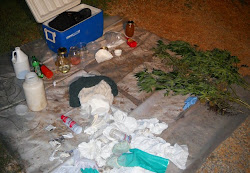 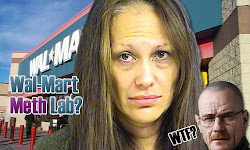 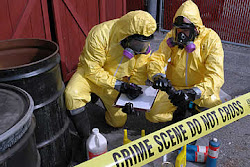 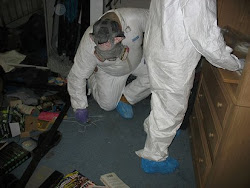 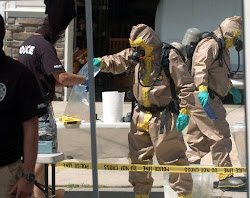 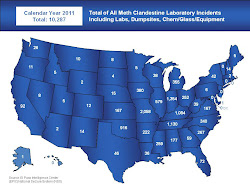 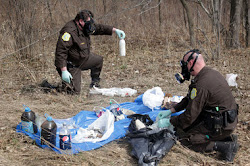 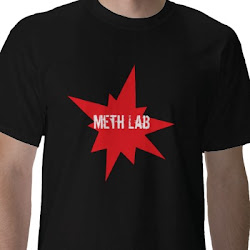 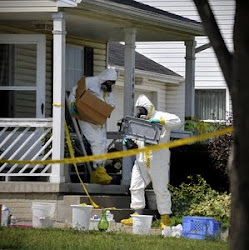 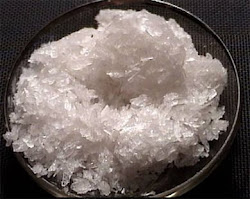 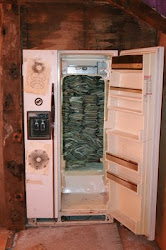 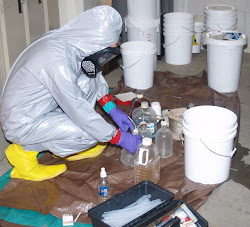 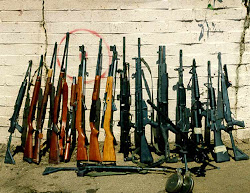 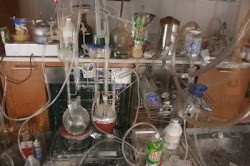 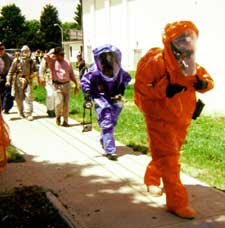 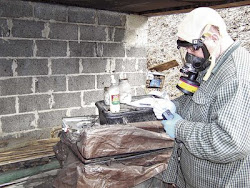 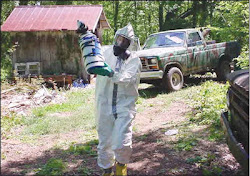 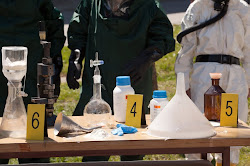 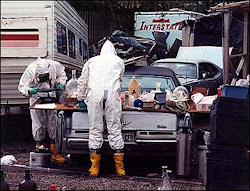 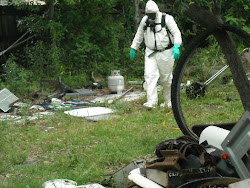 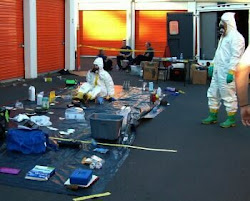 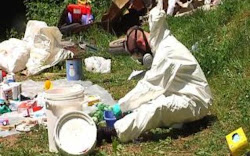 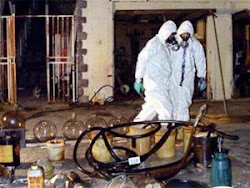 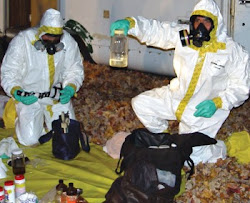